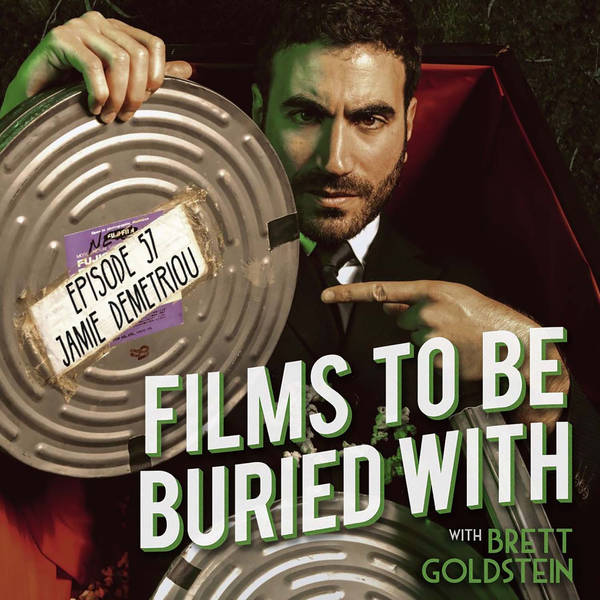 Jamie Demetriou • Films To Be Buried With with Brett Goldstein #57

LOOK OUT! It’s only Films To Be Buried With! Join your host Brett Goldstein as he talks life, death, love and the universe with hilarious character actor and all round heavyweight funny man JAMIE DEMETRIOU!

Be prepared for another smash this week, as Brett and Jamie get into some right mischief beginning with how alike they look (and all ensuing comparisons), the investment of grief into the final euphoria of making ‘the thing’ (whatever ‘the thing’ may be), future plans and the years ahead, season 2 of Stath Lets Flats (which is already causing Jamie grief!), how his pocket money was spent almost entirely in Video Viking, hubbubs and hullaballoos, playing as a kid - what even is it and what are we DOING here?, being a cool kid and rejecting horror films, the fun of watching his dad reacting to films, digital vs analog effects, derivative and non-derivative and all manner of deep tangents and heavy philosophising! Excellence for you this week - you’re gonna enjoy this like crazy…