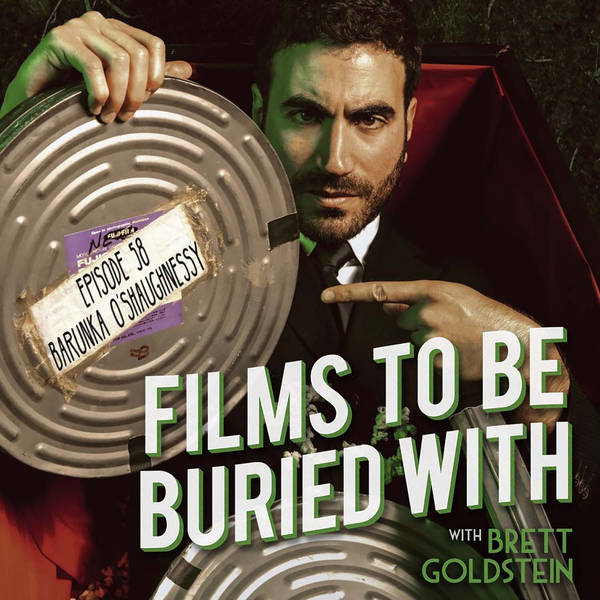 Barunka O'Shaughnessy • Films To Be Buried With with Brett Goldstein #58

LOOK OUT! It’s only Films To Be Buried With! Join your host Brett Goldstein as he talks life, death, love and the universe with glorious performer, writer, comedian and producer BARUNKA O’SHAUGHNESSY!

An absolute multi-threat right here, folks - Barunka is out there making moves on all levels and you are about to hear about ALL of it! All via the medium of film, of course… And what a selection this week - my my, some true obscure treats here and a lot to add to your ‘to watch’ lists (if you haven’t already). She and Brett go into it all, from the back in the days to the right up to now and of course, afterlife, including her being very much behind the scenes, her loving films from an early age when everything in the household stopped for a movie, flashbacks of Czech movies and her early days which includes so many fascinating chapters in her early days growing up in communist Czech Republic (gold lies within - it’s fascinating) and how similar to the film ‘Cold War’ it all is, the Czech new wave, how great the selection is (which you’ll surely be nodding in agreement over!), sex scenes, defocusing her young eyes in order to watch scary films as a young’un, how ‘stupid’ holds up and sattire generally dates, and her being pregnant in the filming of the movie ‘Ghoul’! So much. A true hearty banquet of an episode. Get you some!