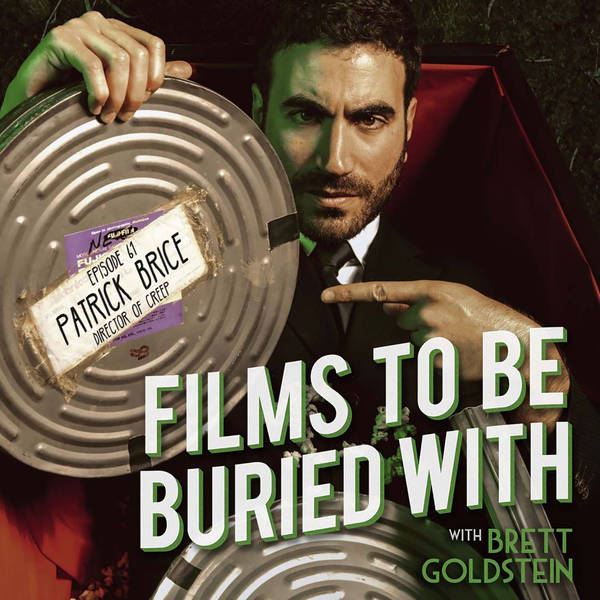 Patrick Brice • Films To Be Buried With with Brett Goldstein #61

LOOK OUT! It’s only Films To Be Buried With! Join your host Brett Goldstein as he talks life, death, love and the universe with the ever so great actor and director PATRICK BRICE!

A lovely and lively episode recorded in a secret location in Los Angeles (I mean obviously Brett and Patrick knew where it was) when Brett was over there earlier in the year, which goes all the way into the life, times and psyche of Patrick, all the while showcasing one of the greatest laughs in the business. He’s been working on a ton of stuff over the last decade, including Creep, Creep 2, The Overnight and Corporate Animals to name a mere handful of productions, with a good batch in the cannon too. Here you can expect to be led through a nice chunk of his life via movies as he and Brett get down to it all, including his work on all his films from lo-fi to larger crew productions, the in between takes phone usage of said crews, dealing with problems on set, learning about one’s self, how men deal with being wrong, growing up in the woods, having interesting parents and an equally interesting environment in which to grow up, emotional film interests as a young’un, deep revelations about his own upbringing later in life and a near-Alanis Morissette moment in a cinema. All will make sense (hopefully - especially that last reference…). Enjoy!