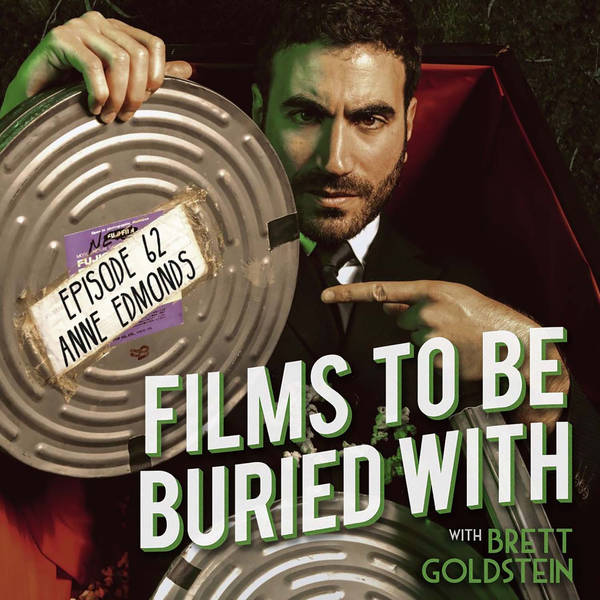 Anne Edmonds • Films To Be Buried With with Brett Goldstein #62

LOOK OUT! It’s only Films To Be Buried With! Join your host Brett Goldstein as he talks life, death, love and the universe with the delightful and incredibly funny comedian, actor and podcaster ANNE EDMONDS!

You may know her from her sterling podcasting work over on The Grub (a true madhouse of crazytimes), or maybe from her powerful turn in The Real Dirty Dancing, but surely you know her from being awesomely funny which will be further confirmed in this very podcast! She and Brett go full cinema nerd right here as they cover it all, from said Grub podcast, to the spirit of the podcast medium itself, to her ‘What’s Wrong With You?’ show, her growing up in the same town as Dame Edna Everage, crying on planes and the effect of flying on ones emotions, her earlier years working in mental health and the transition to comedy down the line, well known Australian movies and the stereotypes therein, and a whole heap more besides, including that Real Dirty Dancing appearance... Such a good one here - you shall truly enjoy. Dare I say, you’ll have the time of your liv(*LOUD BANG *silence *TV interference •citywide blackout)…

• WHAT'S WRONG WITH YOU?