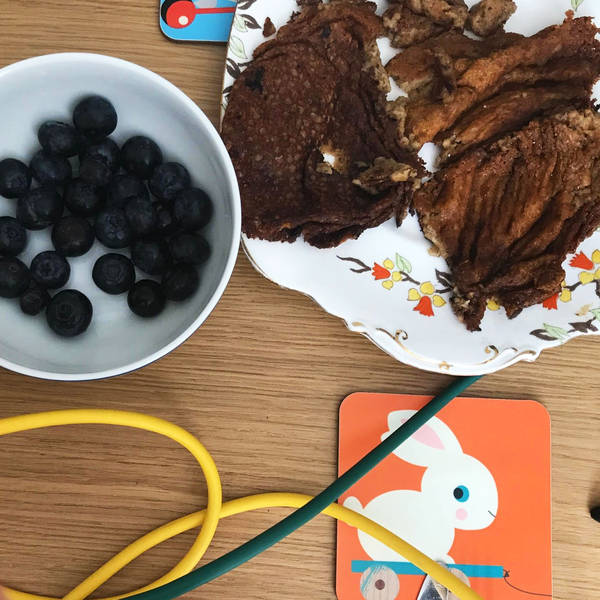 This week we’ve got rising supersmash comedian Catherine Bohart. You know her off of Mash Report and 8 out of 10 Cats. She’s the funniest, brightest and most charming open soul. She has a pretty intense flavour of OCD which is managed with aplomb (and drugs) but has had a profound impact on her relationship with eating and her body and she’s disarmingly and beautifully honest about it with me. Oof. This one had me on the edge of tears more than once.

Live shows will be back in full force in the new year to coincide with my tour of my stand up show, Hench.

With that in mind - if you’re anywhere near Manchester - as this is the only live one I’m doing for a while - COME COME COME!

You have to see CATHERINE BOHART: LEMON at the Soho Theatre next week. It’s going to be amazing. Then she’s touring the shit out of it so get all over her WEBSITE or her TWITTER for updates and tickets.

So I’m fresh back from a dream fringe with my Best Show award nominated stand up show HENCH, It’s going on tour from Feb but until then that’s announced, there are a bunch of dates at the SOHO THEATRE in London which I’d love to have you at. Click on anything in this paragraph in capitals for tickets.

I made us vegan and gluten free pancakes from a blog I found called DELIGHTFUL ADVENTURES - they looked like shit but if I don’t say so myself, they tasted amaaazing.

Here’s a nice article about PERFECTIONISM as a type of and different thing to OCD and here’s a nice wikipedia round up of what BODY DYSMORPHIC DISORDER is.

If you have got a any spare dosh to give a month I’m on this great site called Support this show http://supporter.acast.com/hoovering.