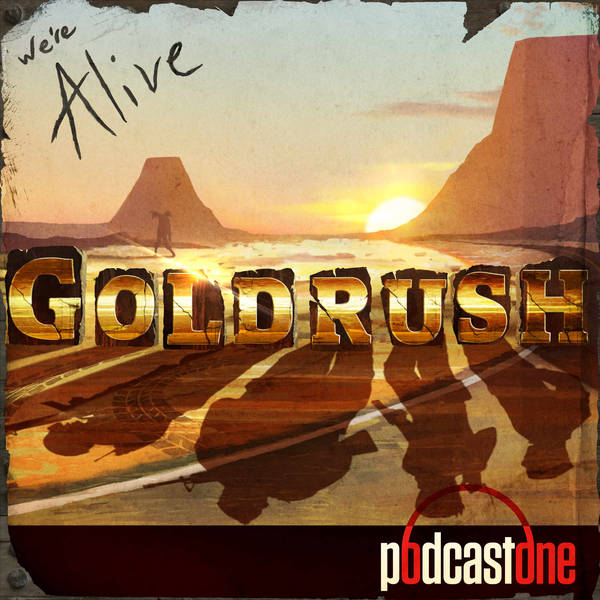 New possibilities create new problems as the world itself seems to turn on the soldiers, sending them spiraling into the den of an unexpected creature. The soldiers learn to expect the unexpected as this detour seems promising, but is it too good to be true?

Set 17 years after the main events of WE’RE ALIVE, GOLDRUSH is a recollection story that describes the efforts of the “soldiers” (Greg Muldoon, Anthony Robbins, Carl Thomas, and Samuel Puck) attempt a side mission to retrieve a suspected stash of gold bullion.

Told from the perspective of an aging Gen. Puck, he confides this previously undisclosed tale to the only surviving relation of his former team, Alex Robbins, the son of Puck’s friend Anthony. Over the course of ten episodes, the show will not only relate past tales of heroics, horror, and humor, but also sets the stage for future characters.

In Goldrush, fans will truly get to know these well-beloved characters characters on a much more emotionally satisfying level. Their humor and unique group dynamic certainly remain intact, and modeled after old Spaghetti Westerns, the story takes directions the series has not yet explored.

Filled with action, battles with the undead, love triangles, conflicting loyalties, and of course gold, WE’RE ALIVE: GOLDRUSH stands out as a truly unique Theater for the Mind experience for both new and old listeners.

BetDSI = Go to BetDSI.com and use promo code ALIVE101