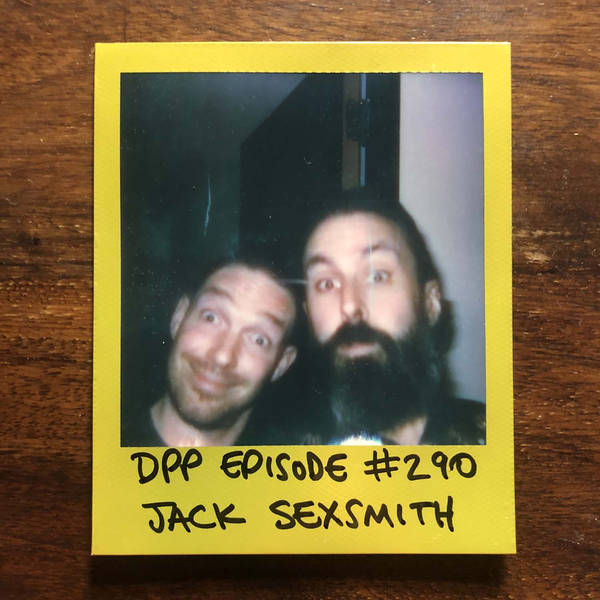 Welcome, welcome, welcome to episode 290 of the Distraction Pieces Podcast with Scroobius Pip! Part 1 of an extensive 2 parter here for you with the wrestling phenomenon JACK SEXSMITH!

So much to talk about that Pip and Jack went in for almost two hours on this one! As you’ll hear, two hours barely even scratches the surface as there is just so much ground to cover… They begin at the end, Memento style, with Jack’s recent injury which resulted in his retirement, and so you will hear everything around that and what led up to it. A lot to get through in this first part, but it includes nom de plumes and pseudonyms, setting the scene of his career changing injury, working hurt all the time, Rip Tide, making amends with the occasionally troubling past of wrestling, his teen years as a devout Christian, his years in the Progress dojo (aka ProJo), meeting Edward Dennis and Sebastian, his brushes with a very different wrestling name altogether, how he indeed got his name (the story may surprise you), “Sexually frivolous, morally ambiguous”, his LGBTQ connections and lifestyles and all that entails, effecting change through character, winning over crowds with comedy, the joy of battle raps, and the eventual move to super strong style. How much more than that? TONS. You’ll see. Too much to just skim over here - go in and enjoy!