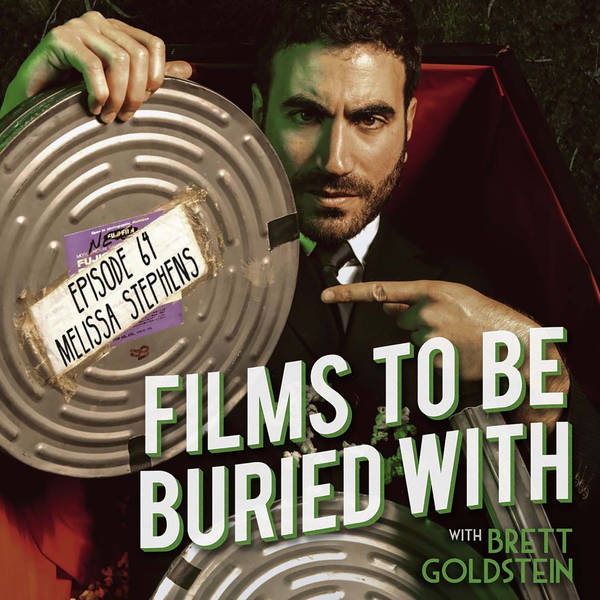 Melissa Stephens • Films To Be Buried With with Brett Goldstein #64

LOOK OUT! It’s only Films To Be Buried With! Join your host Brett Goldstein as he talks life, death, love and the universe with the truly great comedian and writer MELISSA STEPHENS!

From their meeting via a mutual friend, to she and Brett getting acquainted at a comedy show, Melissa and Brett have become fast friends over the past years, and it’s a delight to hear them catch up through the medium of the podcast! Although this is far from just sitting in on two pals catching up with each other - oh no - they ensure the funny is brought, and this is a proper giggler this episode. From her email etiquette, to a friendly clash with Brett on cinema watching styles (we all know by now that Brett is VERY PARTICULAR), to her hilarious and very mad series ‘Finding The Asshole’, to true crime, to sexy cartoons and a sizeable chunk on awakenings and ‘enjoying one’s own company’ later in life. If you get what I’m saying. You do? Marvellous. ENJOY!

• MELISSA on THE INTERNET!