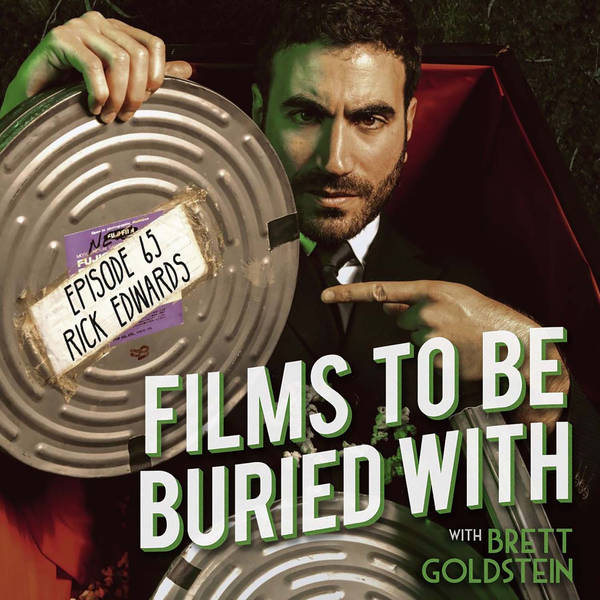 Rick Edwards • Films To Be Buried With with Brett Goldstein #65

LOOK OUT! It’s only Films To Be Buried With! Join your host Brett Goldstein as he talks life, death, love and the universe with the brilliant writer, presenter and podcaster RICK EDWARDS!

A splendid slice of film action this week with Brett and Rick, as the two go at it in grand style covering so much ground - from Rick’s show ‘!mpossible’, to just having finished a new screenplay, not working with a faceless mob of nobodies (working with a faceful mob of somebodies then…?), always being an attention seeker which led nicely into his current line of work, being heavily into maths and science as you can imagine but then moving into tutoring after uni, which led onto him tutoring Ruby Wax’s kid, which led onto other things, not having a plan, partaking in a graduate scheme for TV and the slow shift into the medium, some great death talk and death as motivation, therapist Brett making all manner of Freudian connections, doing full 360s on films, and the Stathe. YES! Enjoy!

• HOLLYWOOD IS TRYING TO KILL YOU book!