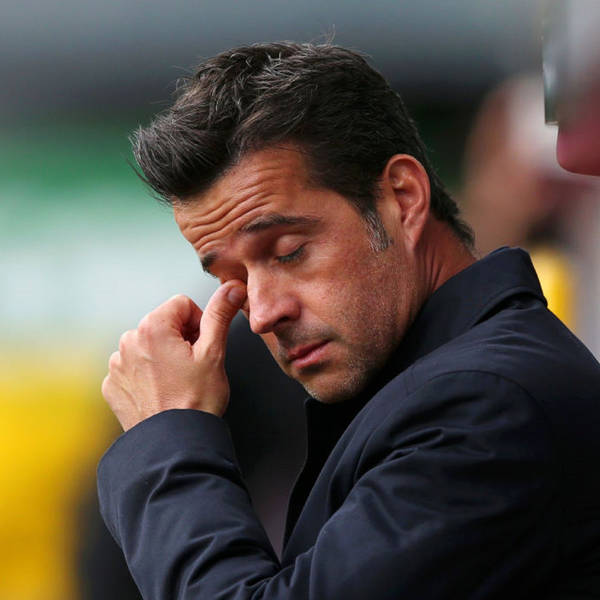 View from the Gwladys Street: Marco Silva has one more match to save his job as another defeat is unthinkable

This week’s View from the Gwladys Street sees a mixed response on whether Marco Silva should keep his job!
Host, Ian Croll is joined by Mark Crotty and Connor Bennett who discuss the future of the Everton boss!
Four straight league defeats in a row has heaped the pressure on Silva and a loss against West Ham could be the end of his reign.
It looks like Silva will be given the opportunity to salvage a terrible start to the season in the next home game at least!
An international break stands in the way first and time could be what Silva needs to get the players back he needs to name a full strength team! Silva’s mindset and tactical awareness comes into question although the blame doesn’t solely fall on him. This is an issue much bigger than Marco Silva.Time is ticking and a win against West Ham is a must! For information regarding your data privacy, visit acast.com/privacy