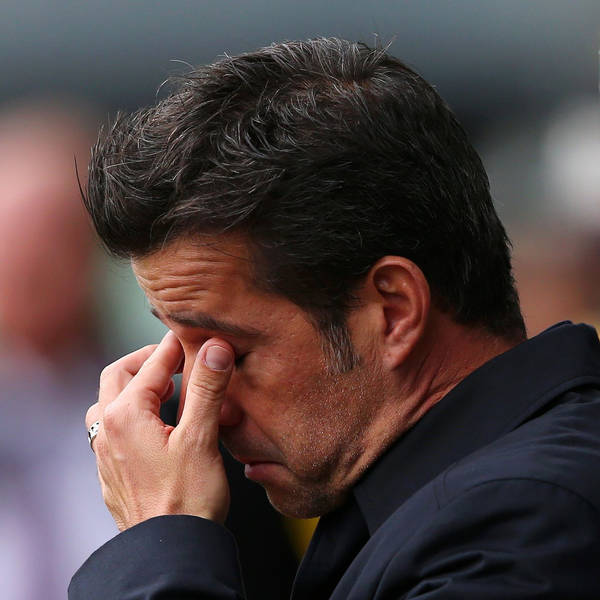 Royal Blue: Marco Silva's must-win match and is it time for a change at 10

The Royal Blue Podcast returns this week ahead of Everton's crunch clash against West Ham United at Goodison Park. Host Phil Kirkbride is joined by guests Adam Jones and Sam Carroll as the panel discuss Marco Silva, Gylfi Sigurdsson, Djibril Sidibe and the game with the Hammers that has taken on a grave significance. Silva's future, of course, is a key talking point and the trio ponder where victory - and, sadly, defeat - would leave the former Watford boss. Sigurdsson's position in the team is under threat from Alex Iwobi and his form is dissected while the impending Premier League debut of Sidibe - and what he needs to do to oust Seamus Coleman - also features.


You can join the Royal Blue Podcast group on Facebook or send your thoughts on the episode to @philkecho, @Adam_Jones94 and @SamCarroll0. For information regarding your data privacy, visit acast.com/privacy