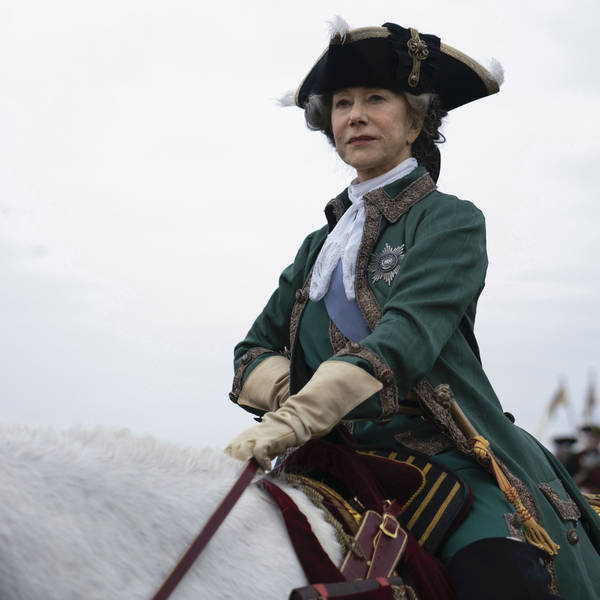 273: Getting On Our High Horse To Talk About HBO's Catherine The Great

HBO has imported Sky Atlantic's miniseries Catherine The Great -- starring seasoned queen portrayer Helen Mirren -- and first-time guest Karen Geier is Russian (sorry) to join us for a discussion all about it! Around The Dial takes us through Living With Yourself, Modern Love, The Politician, Buzz, Survivor, the latest in Ken Burns, and HBO's highly anticipated take on Watchmen! Karen presents the "Interlude" episode of The Righteous Gemstones for induction into The Canon. Then it's on to the week's Winner and Loser, and a non-regulation Game Time that's the mother you never had and the sister everybody would want...or that's just about guest stars playing characters' relatives on TV. Saddle up your sturdiest steed and join us!