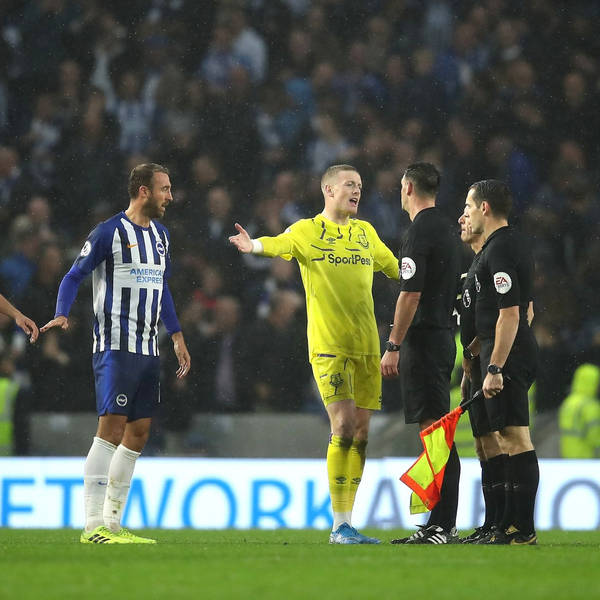 After a good performance against West Ham, things came crashing down to earth for Everton this weekend.
And VAR was unfortunately at the centre of it.
Adam Jones is joined by Sam Carroll, Dave Prentice and Gavin Buckland to discuss the controversial decision which changed the Blues' match against Brighton, and everything else that went wrong on the south coast.
The lads also preview what is a crucial Carabao Cup game against Watford and what changes Marco Silva needs to make to get a result out of his side; For information regarding your data privacy, visit acast.com/privacy