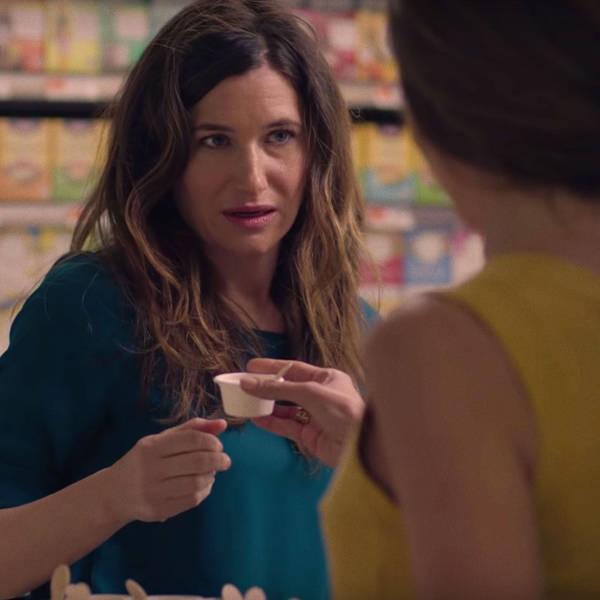 Mrs. Fletcher gives Kathryn Hahn a star turn as a divorced empty-nester trying to find herself (sexily!), and we're thrilled that star critic Maureen Ryan could return to discuss it with us -- whether we liked it, where it should have ended, and when we can expect this "limited series" to turn into another past-its-sell-by regular series. We went Around The Dial with BoJack Horseman, Lucifer, Netflix cancellation shenanigans, Teen Mom: Young & Pregnant, and Silicon Valley, and then Tara filed a motion to admit a second-season episode of The Good Fight to the Canon. Lizzo won (some more), the Game Of Thronesshowrunners lost (for once), and there were no points for second place in a very challenging Game Time. Pack up that minivan: it's an all-new Extra Hot Great.

The Again With This podcastThe Quaid In Full podcastThe Through The Looking Glass podcast and more at Mo Ryan's websiteSubmit your Canons!Verizon's Disney+ Deal notification mailing list (Dave swears this isn't an ad, he just wants you to get free stuff if you're due)Photo: HBO