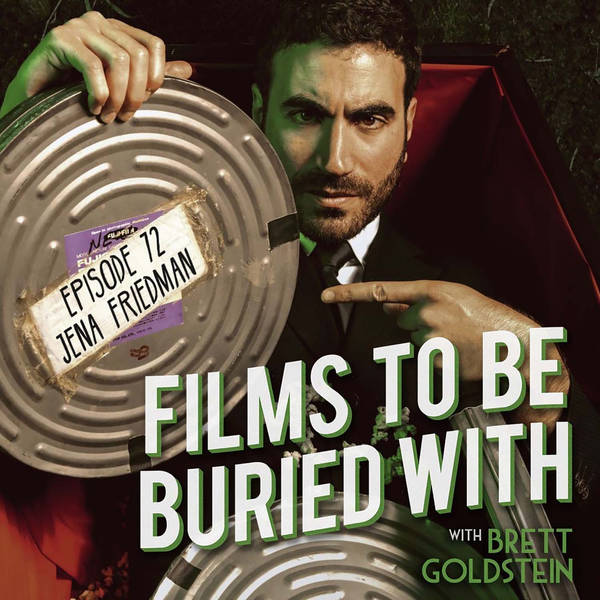 Jena Friedman • Films To Be Buried With with Brett Goldstein #72

LOOK OUT! It’s only Films To Be Buried With! Join your host Brett Goldstein as he talks life, death, love and the universe with the multi-faceted diamond writer, presenter and comedian JENA FRIEDMAN!

A superb one here for you, folks - Brett sits down for a nice little chunk of time with Jena, who apparently can do just about everything! Hear all about the whole bit, from her own show on Adult Swim ’Soft Focus’ to writing on The Daily Show and all the other various awesome goodies that enter her path, to she and Brett going back a fair bit, getting into horror movies by accident (it could have happened to anyone), terrible date movie choices (always a nice piece of business), the emotional terrorism of Pixar, love of teen films and a WHOLE GANG MORE! You’ll love it. Get yerself good and involved and enjoy!

• JENA on THE INTERNET!

• JENA on THE BULLSEYE PODCAST!