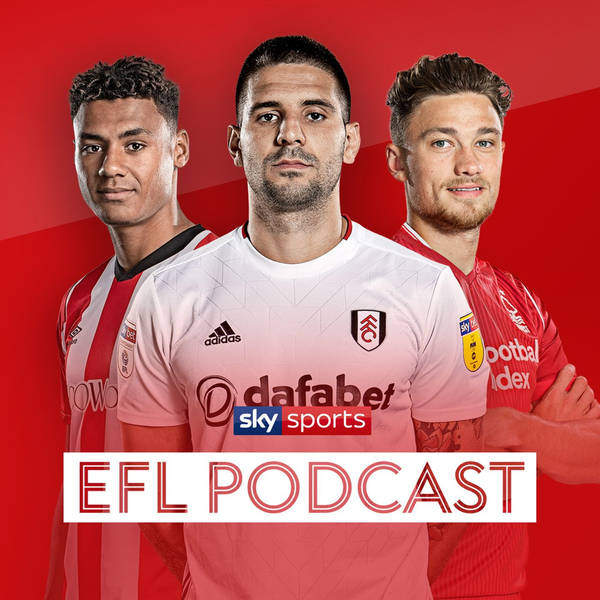 Listen to the brand new Sky Sports EFL Podcast, as we assess whether anyone can catch runaway Championship pair West Brom and Leeds, while we speak to Brentford star Ollie Watkins, Patrick Bamford takes Ten To Tackle, and Andy Hinchcliffe looks back on all the action in the Championship, League One and League Two.

West Brom and Leeds won again at the weekend and Hinchcliffe questions whether anyone can keep up with their pace, while the impressive performances of Matheus Pereira are also assessed. Hinchcliffe and presenter Jonathan Oakes also look at Preston's troubling results lately, and Jarrod Bowen's goal-scoring displays for Hull.

The podcast then sits down with Ollie Watkins to discuss his incredible form for Brentford this season, and Leeds striker Patrick Bamford takes on Ten To Tackle.

Attention then turns to League One and League Two. Coventry and Ipswich will meet three times in 10 days, Rochdale stunned Rotherham and Swindon are still top of the fourth tier, Scunthorpe's improvements under Paul Hurst and Cheltenham's fine form under Michael Duff.

To round things off, we reveal the WhoScored.com performers of the week from the Championship, League One and League Two.