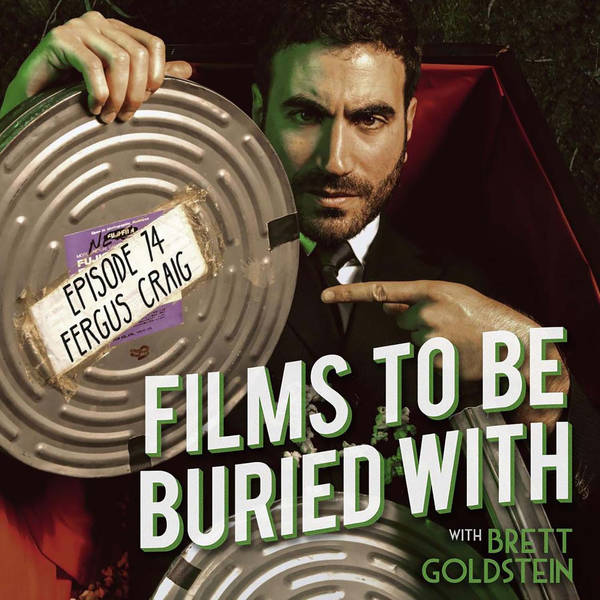 Fergus Craig • Films To Be Buried With with Brett Goldstein #74

LOOK OUT! It’s only Films To Be Buried With! Join your host Brett Goldstein as he talks life, death, love and the universe with the hilarious comic actor FERGUS CRAIG!

Pure good times to be had this week, as Brett is joined by the man you will surely recognise from having glasses and a moustache drawn on his face with a sharpie… Coming back to you? Well prepare to get the full inside scoop on that little escapade! On top of that, expect some prime death chat which is that wonderful blend of fun and heavy, along with some class banter about Talking Heads, the under-use of Joan Cusack, not being scared, how ‘cool’ films date terribly, 'Hoff The Record', how films should have a length quota and how 80’s films usually included two definite ingredients (oh and a third to be revealed later on) - action packed excellence, you shall ENJOY!