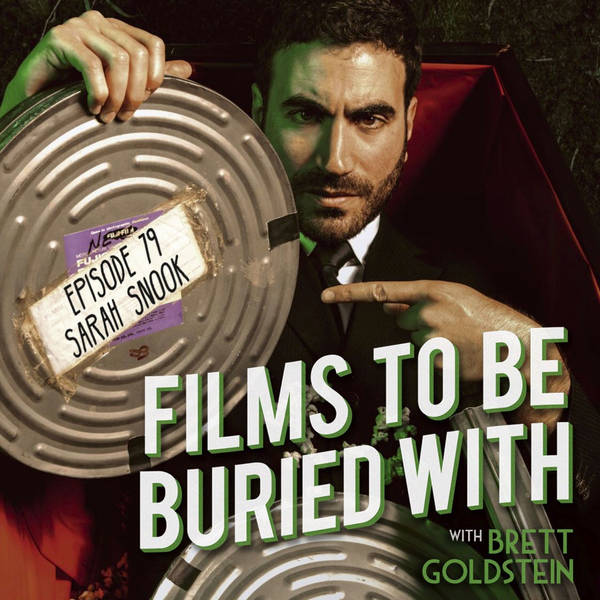 Sarah Snook • Films To Be Buried With with Brett Goldstein #79

LOOK OUT! It’s only Films To Be Buried With! Join your host Brett Goldstein as he talks life, death, love and the universe with the brilliant actor and all round awesome SARAH SNOOK!

Surely you must know Sarah as ‘Shiv’ from the quite wonderful series ‘Succession’, which is almost too good to even begin getting into here - i would venture to say that you should track it down and prepare for a weekend indoors while you race to get it all finished... If not, keep it in mind for the future okay? Anyway - you will hugely enjoy this one, as Sarah is a delight and does not feature on a to of podcasts either, so it’s a rare treat indeed! They get into many objects of chat including some choice afterlife nuggets involving bread (gold lies within that one), fancy cinemas, days of childhood, that old chestnut and everyone’s friend AALS (aka Altitude Adjusted Lachrymosity Syndrome or crying on planes), how to cry on film and forgetting the film Titanic. Glorious! You’ll love it! You’ll love Sarah!