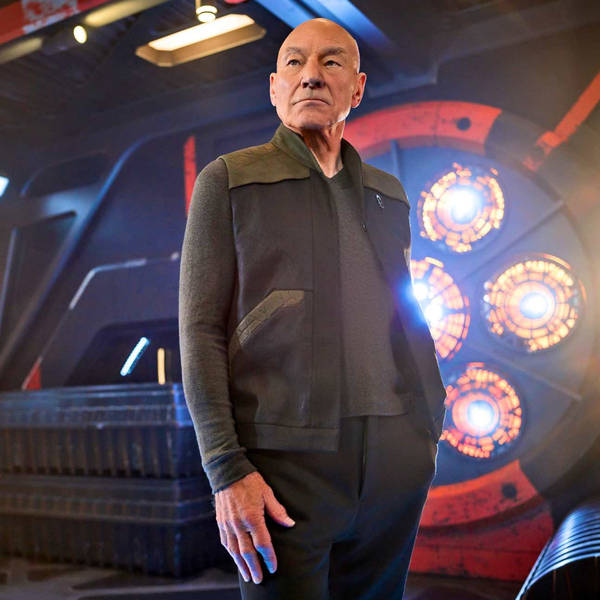 287: Raising A Nice Glass Of Bordeaux To Picard

Note: Re-uploaded podcast to turn off the "edit point marker" track which Dave left on because he was editing this until 2am and was sleeeeeepy.

CBS All Access has chased Star Trek: Discovery with Picard, picking up with everyone's favourite retired Starfleet admiral as he...well, to be honest, he's probably not going to be spending much time tending to his French vineyard. What is he getting up to? Maureen Ryan joins us to talk about it! Around The Dial takes us through The Goop Lab, Shrill, The Expanse, Veronica Mars, and Flack. We discuss whether Doctor Who's "Heaven Sent" should be inducted into The Canon, and then it's on to a Game Time that will leave you starry-eyed. Cozy up with a beloved pit bull and listen!