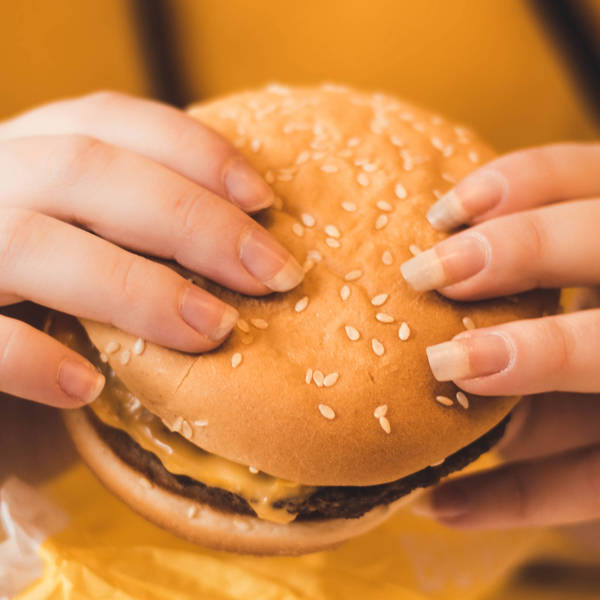 288: Should You Gamble On McMillions?

Even though Eve and Sarah D. spend most weekdays thinking about the true crime that's worth your time for their newsletter, they still didn't know much about the Mobbed-up McDonald's Monopoly-game fraud case that's at the center of HBO's McMillions. Will this docuseries join the scam-umentary pantheon alongside The Dropout and The Imposter? Is Doug Mathews the write-in presidential candidate we need now? And why aren't off-camera docu directors ever mic'd properly? After we considered those questions, we went Around The Dial with BoJack Horseman, The Outsider and other HBO Sunday-night offerings, the end of The Good Place, and Mythic Quest: Raven's Banquet. Eve screened an episode of Home Movies for the Canon; then Tim Robinson won and Terry Crews lost, before we filled in the blanks -- in pen! -- in a history-making Game Time. Grab a light meter and go undercover for an all-new Extra Hot Great!

The Daily Beast post on the caseMargaret Lyons's review for the NYTThe documentary about the McDonald's hot-coffee lawsuit, plus Dr. Marcia Chatelain's Franchise: The Golden Arches In Black AmericaEve's dog goes bazoo for McD's friesTara on Citations NeededTara's BoJack review for VFSarah on Ted Bundy: Falling For A Killer and I Am A Killer for PrimetimerPhoto: Christian Wiediger

The EHG gang have been recording this podcast for almost a decade now. In podcasting terms, that makes us positively Methuselahian. Since the start of EHG, our listeners have asked if we had a tip jar or donation system and we'd look at each other and...