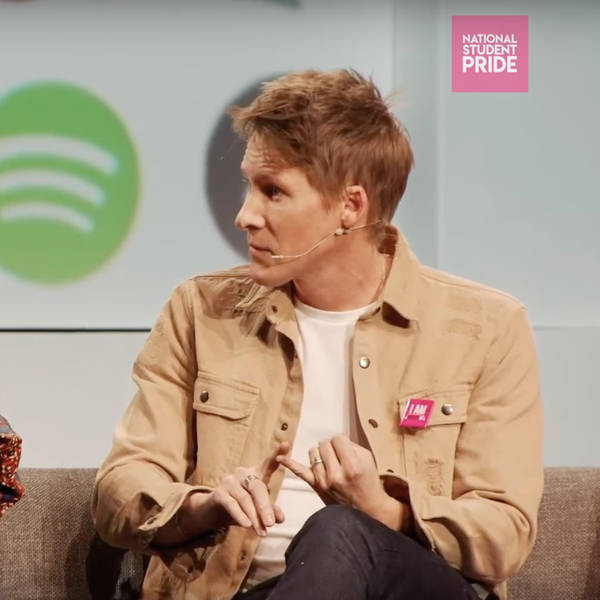 An Oscar-winning screenwriter and the co-founder of UK Black Pride chat to BBC broadcaster Evan Davis to headline our daytime festival (Sat 22 Feb).

Dustin Lance Black first appeared at National Student Pride in 2015 and has gone on to start a family with Olympic diver Tom Daley.

Lady Phyll is a trailblazer within the UK LGBT+ community. As well as co-founding UK Black Pride, she sits on multiple boards including Stonewall and the Trades Union Congress.

This exclusive talk will be released as a live episode of our #QueerAF podcast.