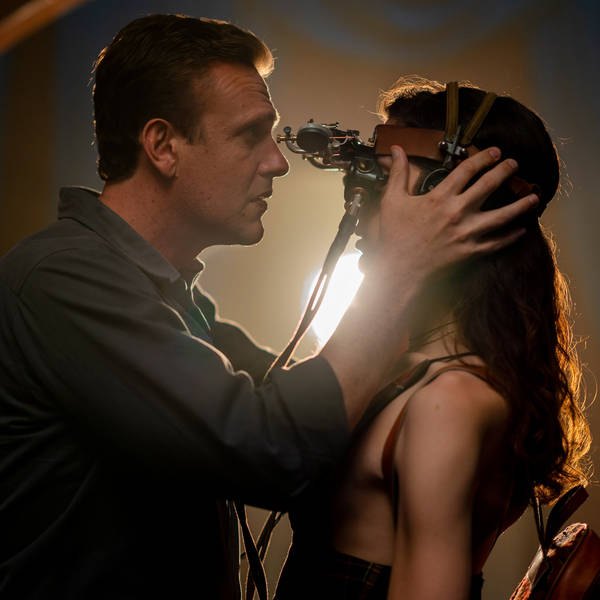 292: Playing Games With Dispatches From Elsewhere

AMC already had a perfectly good Charlie Kaufman-esque property, but the network went with Dispatches From Elsewhere over Lodge 49 -- and while it's kind of Sarah's dream to fall into an alternate-reality scavenger hunt, first-time guest Dave Chen felt like the show would be more fun to "play" than to watch. Is it too twee? Too slow? Too divorced from the reality of non-celebrities? Or do the excellent cast and the In Search Of… graphics make it all worthwhile? Then we went Around The Dial with Love Is Blind, The Outsider, Teen Mom: Young and Pregnant, A French Village, and second-rate American TV in East Africa before Dave Cole declared transparent computer screens NOT the wave of the future. Dave Chen tried to give the Canon a bear hug by submitting the first-season finale of Succession for the Canon. Trebek won, disgracios lost (again), and IMDb throuples tested our wits during Game Time. Don't miss this dispatch from your podcast app; it's an all-new Extra Hot Great!