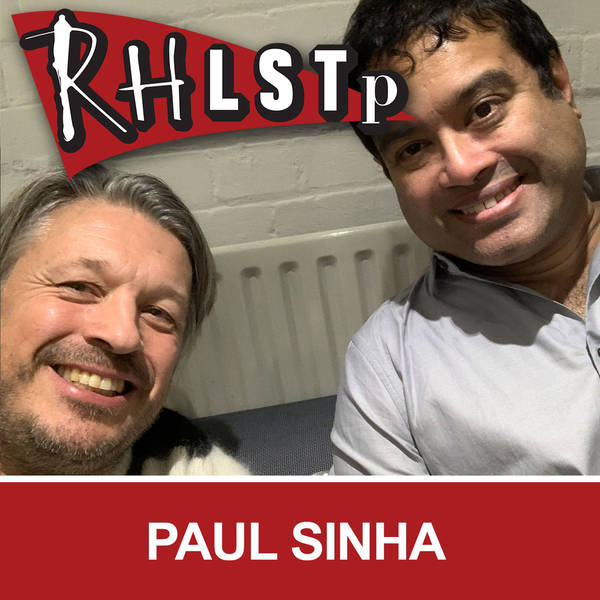 #262 Voluntarily Shitfaced - Richard is back at the Oxford Playhouse and testing out his daughter’s jokes. Is she funnier than him yet? Of course she is. His guest is British Quiz Champion, Paul Sinha.

In a honest and moving interview, Paul discusses the impact of the diagnosis of Parkinson’s Disease has had and the turbulence that has inevitably brought and what comedy can be created from this situation. They also chat about his upcoming marriage, his quizzing triumph, the unpleasantness of tabloids and the weirdness of their afternoon quiz obsession, Taskmaster, quizzing and whether Richard will ever be on The Chase. And is that an upward or downward step from Celebrity Mastermind? Also Richard rolls out a very revealing Spice Girls based Emergency Question.