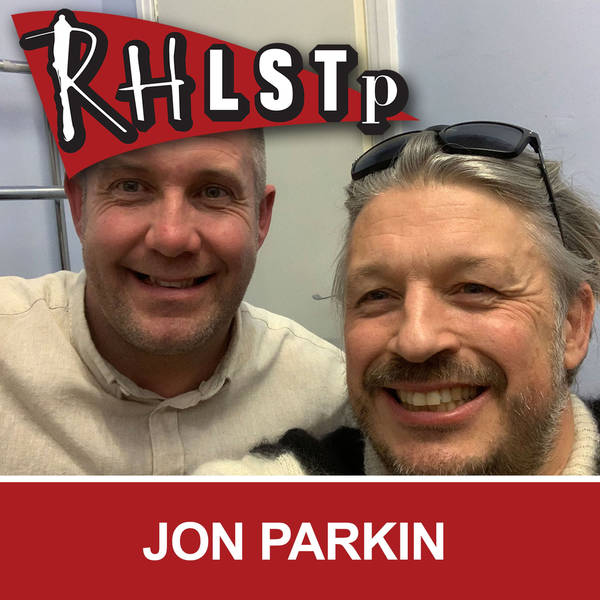 #258 Tub of Spunk - RHLSTP returns to the Grand Opera House, York for the second week running. York is the most haunted city in Europe and Richard finds out what percentage of his audience have seen a ghost. The answer might surprise you. His guest is footballing and eating legend, Jon Parkin.

They discuss the journeyman sportsman’s slightly unconventional training routine, his writing off of a golf buggy (and almost a goalkeeper), shitting in a bath in Magaluf, missing out on starters, how to lie your way out of being late for training, how he became friends with Jilly Cooper, self-inflicted injuries, gambling problems, depression and where he goes next now his playing career is over and if there’s any place for a bluff, proud, honest (except when he’s not) old-fashioned Yorkshireman in today’s game. Would he do anything differently if he had his time over? Would he f**k?