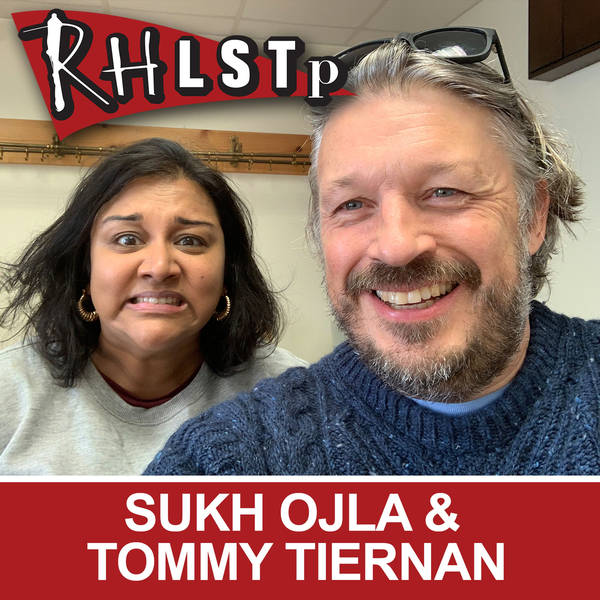 RHLSTP Ed Fringe 2019 #17 Sukh Ojla and Tommy Tiernan - Older Than Sean - Rich is being stalked by Andy Murray’s mum, but he is also only one step removed from The Two Ronnies now. His guests are Sukh Ojla and Tommy Tiernan. With Sukh he discusses moving back in with your parents in your 30s, defiling the corpse of Pochahontas, curing depression with drugs (or a big poo) and being kissed by Jon Hamm (who has a Hamm hand). Tommy talks about how comedy inspiration works (or doesn’t), the incredible bravery of Derry Girls, why he’s looking forward to No Deal Brexit, what he wanted to call his son and performing a show that you’re not 100% happy with. It’s a terrible shame that this had to end, but hopefully both guests will be back.