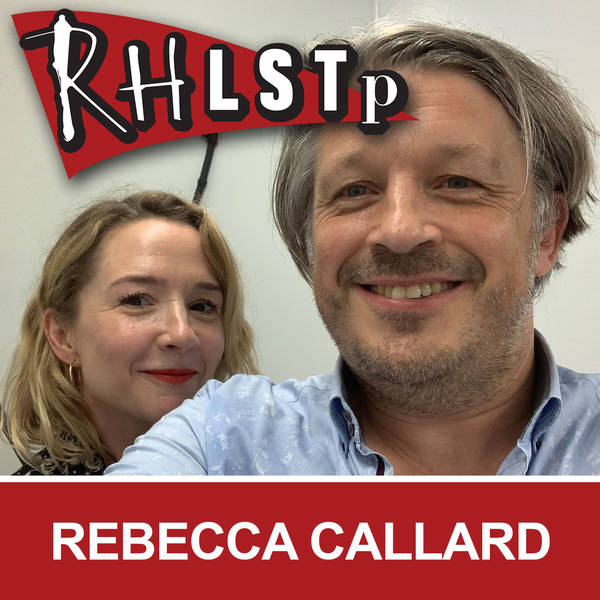 RHLSTP comes to the Great Yorkshire Fringe and York City fan Richard couldn’t be happier about his team’s amazing season or the fact that the hot weather has given him the perfect new emergency question. His guest is the tiniest person anyone has ever seen, it’s Rebecca Callard.

They chat about what Ian Gregg really puts in the vegan sausage rolls, playing a drug dealer on Coronation Street, the scarecrowyness of Mackenzie Crook, the largely forgotten sitcom Bonjour La Classe and how Rebecca managed to miss out on most of Children’s Ward. The York audience have fun trying to name different kinds of cupboard and being insulted. Plus insider knowledge on the Borrowers emergency question and leaving Twitter and why it’s a good idea/impossible.

See RHLSTP live at the Edinburgh Fringe and then on tour round the UK. All confirmed dates and guests at http://richardherring.com/rhlstpt/tour

Become a monthly badger and get all the cool extras and membership pack at http://gofasterstripe.com/badges