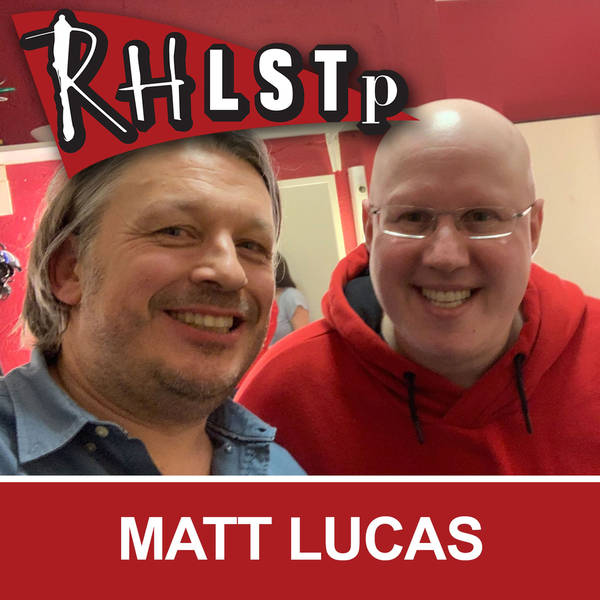 #214 Matt Lucas - The Football Eagle Has Landed. Richard believes he will soon be a multi-millionaire but agrees to give 1/365th of his profits to charity. His guest is comedy legend Matt Lucas. They talk about the power of honesty in comedy, even if the comedian comes out of it badly, how Matt became possibly the only person who’s rung up to complain about a TV show to end up working with the stars, the combination of talent, hard work and luck that is required for success, being in a Blur video by accident, dealing with tragedy and a considered look back at Little Britain and how it should or shouldn’t be judged in hindsight. And the importance of talking about issues rather than shouting over the social media divide. Also Rich reveals his gay experimentation and considers changing teams.