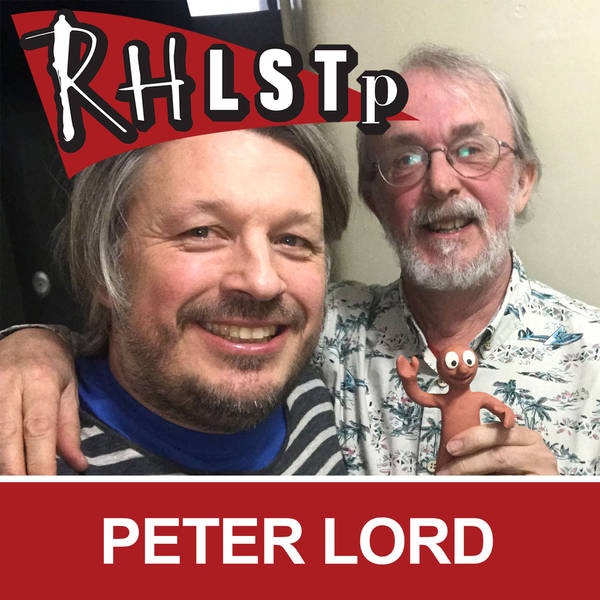 RHLSTP #206 Peter Lord and Morph - Morpheus in the Underworld. RHLSTP tours to the Bath Komedia and Rich manages to find some tourists who are disgruntled about the Roman Baths that gave the city its name. Let’s face it, they’re just not as good as modern baths. But Rich is delighted to welcome one of the greatest men in the West Country if not the world, it’s Peter Lord. And he’s not only brought Morph with him, but has a crack at making another as he talks. He’s magic, It’s a fascinating chat about how Aardman went from two kids messing around at their kitchen table to running a huge studio making films, TV shows and adverts. Find out about the chicken secrets behind the Sledgehammer video, what it’s like living next door to polar bears, how Plasticine is a magnet for fire, moonwalking at the Oscars and what Aardman was nearly called. It’s an inspiring story about what is possible if you have the imagination and the luck and a little bit of nepotism. And Rich repays a thirty year old debt (without interest). Buy Peter’s brilliant new book and learn more about his and David Sproxton’s life - https://amzn.to/2UE7jSs