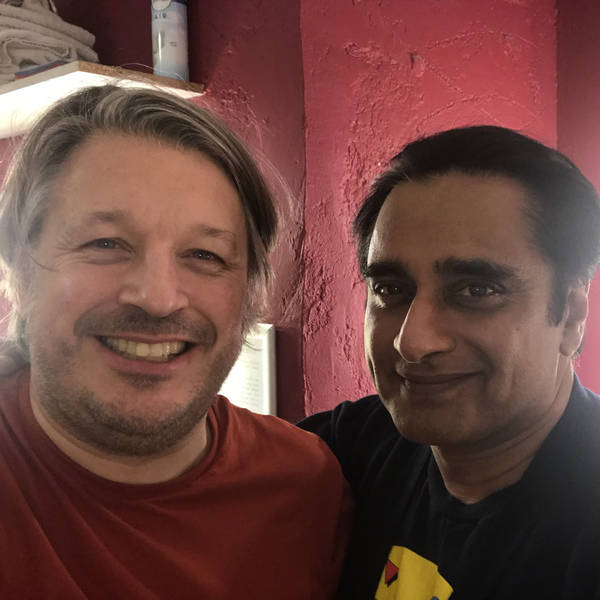 RHLSTP #198: Sanjeev Bhaskar - Pert Nipples. Richard chats with the audience and struggles to find anyone who works in IT, but discovers a human interest story that would be moving and inspirational in the hands of anyone else, but Herring manages to get laughs instead, the monster. HIs guest this week is actor, writer and a man who might be able to take on Michael Palin for the title the nicest man in show business, Sanjeev Bhaskar. They talk about working with a tiny James Bolam; Richard's drunken debauchery and theft at a corporate gig in the early 90s; how Sanjeev's big break rested on the toss of a coin; the real life origin story of The Kumars and how a TV executive attempted to ruin it; and how Sanjeev ended up marrying his own grandmother. Loads more stuff in this one including Brian Blessed, working with Pythons, pert nipples (I must have told that one before) and becoming friends with Roger Moore. Buy my Emergency Questions book: http://www.gofasterstripe.com/eq Buy my Oh Frig I'm 50! DVD or download: http://www.gofasterstripe.com/ohfrig