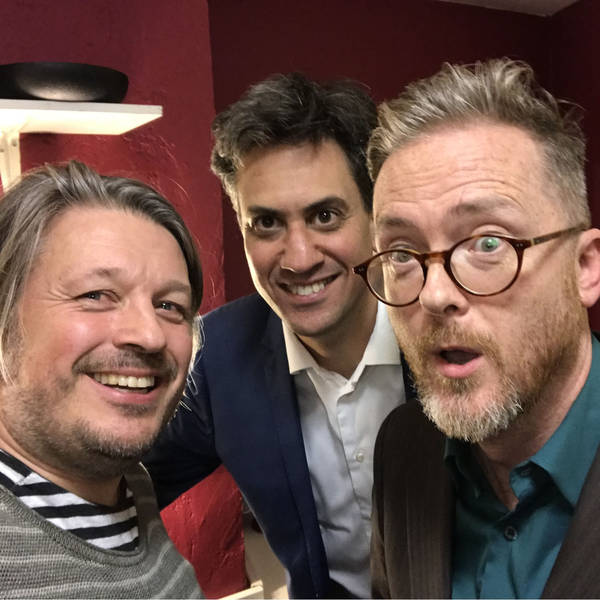 RHLSTP #156: Ed Miliband and Geoff Lloyd - Prime Minister of the Central African Republic. Richard's dog is at war with his eyes, but who cares. He has the Prime Minister from an alternate timeline on his podcast, plus a bloke who bought fags from Mrs Merton, it's the unlikely twosome of Ed Miliband and Geoff Lloyd. They discuss the pair's great new podcast Reasons To Be Cheerful, plus the Millstone, the sandwich and David Miliband's shoes. Is losing an election in anyway comparable to a triple loss on Pointless Celebrities? Can you be too clever for Win, Lose Or Draw? And is the political system of the UK screwed. There's some tough questions about Brexit (though to be fair Ed is asking most of them), and the difficulty of being a politician and being yourself. You might end up wishing you lived in the Miliverse. Or at least have some ideas for redecorating your kitchen? And will Richard ask the Emergency Questions you all want to hear answered? And will Ed answer?