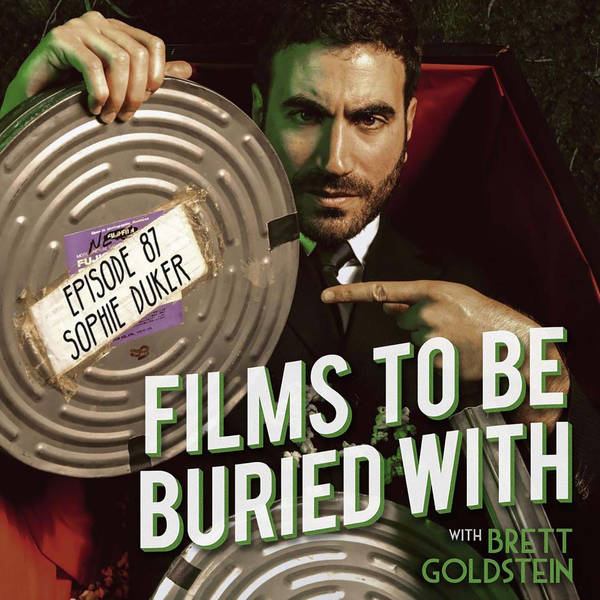 Sophie Duker • Films To Be Buried With with Brett Goldstein #87

LOOK OUT! It’s only Films To Be Buried With! Join your host Brett Goldstein as he talks life, death, love and the universe with the very funny comedian, writer, presenter and all round bundle of joy SOPHIE DUKER!

I know ‘bundle of joy’ makes it sound like Brett is joined by a baby but I just mean that Sophie is a thorough delight from start to end, and if you haven’t had the good fortune of making her acquaintance yet, your chance is now upon you! Kicking things off with some high end fruit talk up top, which massages smoothly into some analogy making, some good Edinburgh Fringe talk (Brett gave her a solid shoutout last year as someone to look out for at the Fringe and beyond), Paris and the occasional madness held within, blurred lines and a NEVER BEFORE MENTIONED FILM! Can you even believe it? Of course you can. I mean it’s all true… So therefore eminently believable. Okay let’s not get caught in the weeds at this point - just listen eh? It’s an absolute slammer!

FILMS TO BE BURIED WITH is LIVE in BIRMINGHAM on SUNDAY 29th MARCH!

SOPHIE in THE GUARDIAN!