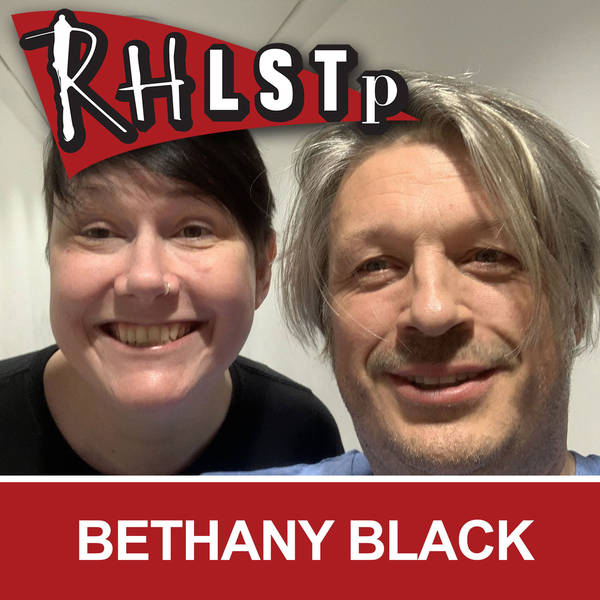 #266 Bigger on the Inside - Richard is back at the Manchester Podcast Festival and rolling out a 20 year old joke about the Magic Bus. His guest this week is actor and comedian Bethany Black.

They discuss the no-man’s land between regular and Celebrity chase, what it’s like to be a huge fan of Doctor Who and getting to be on the show and witness two Time Lords in one Tardis, plus the motivations to become a stand up and how she was too poor to become bankrupt, how she managed to wrestle victory at the end of a terrible year and the smorgasbord of problems that Beth has to draw on for comedy, whether it’s got easier or harder to be Trans and how discussing mental illness in her routines is a helpful thing for us all. It’s an honest and heart-felt conversation, but will that stop the toilet obsessed trolls? Probably not.