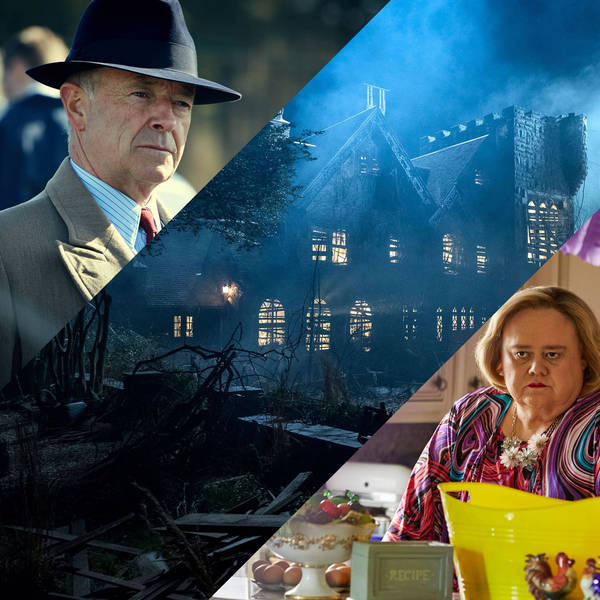 295: First-Time Shows At The Canon Ball

Some shows -- your 30 Rocks, your Simpsonses -- get pitched to the Canon all the time. So for this special all-Canon episode, we reached into our mailbag and chose user submissions for shows that had never been pitched before. Dan Cassino challenged us to battle with Foyle's War; Caroline opened the door for The Haunting Of Hill House; and Jeff put all his eggs in a Baskets. Then, befitting an episode that started in World War II, Dave shocked Sarah and Tara with a Teutonic non-regulation Game Time. Hit up the buffet for some desserts and join us!