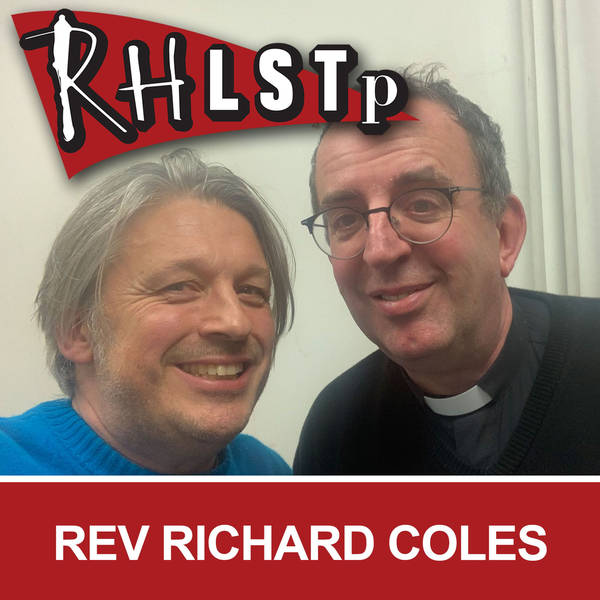 #271 Cadging Fags Off The Homeless - Richard is at the Northampton Deco and amazed by the local news headlines and tourists’ Lady Diana disappointments. His guest is Communard turned Communion-giver, the Reverend Richard Coles.

They discuss the terrifying streets of Northampton, the Bay City Rollers in a carpet shop, forgetting you had a speed boat, being the only priest to have tried non-recreational drugs, whether it’s possible to be a better Christian than Jesus, the post-traumatic stress of HIV, what it’s like when the Prime Minister votes for you and inspiring two fictional characters. Richard forgot to ask Richard if he’d ever seen a Holy Ghost and will never forgive himself.