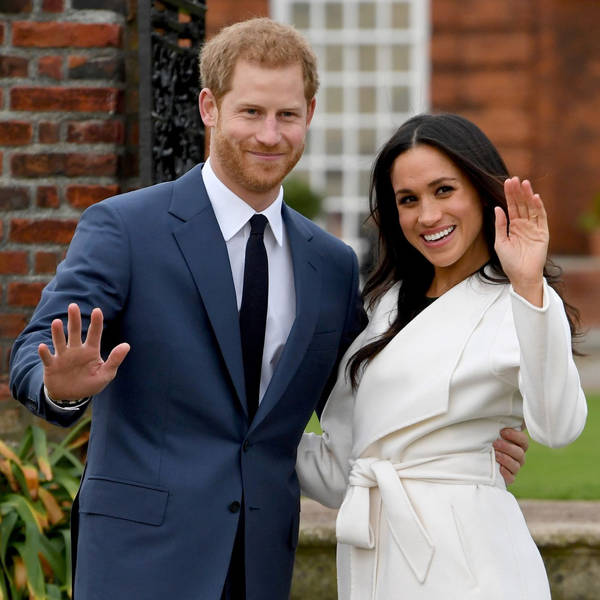 Pod Save The Queen is marking its centenary episode - and producer Dan Jackson (@danoogie) has a big surprise for the team before they dive into the week's royal round-up.
But 100 episodes on from the first show, which featured host Ann Gripper and Daily Mirror royal correspondent Victoria Murphy (@byqueenvic) talking about the new royal landscape after Prince Harry and Meghan Markle announced their wedding plans, the Duke and Duchess of Sussex have a new life landmark date on their horizon.
April 1 will mark the start of their non-royal lives, and Buckingham Palace has also announced new details of engagements in March before the couple wave royal duties goodbye.
Daily Mirror royal editor Russell Myers (who debuted on the show in June 2018) joins Ann to talk through what it means for the Sussexes and royal fans.
They also discuss Kate's very personal interview on the Happy Mum, Happy Baby podcast and share listeners' thoughts, look ahead to Princess Beatrice's wedding and reflect on Prince Andrew's subdued birthday celebrations and two royal divorces.
Join the conversation about the episode on Instagram and Twitter @podsave - and subscribe to the podcast to follow unfolding royal family news. For information regarding your data privacy, visit acast.com/privacy