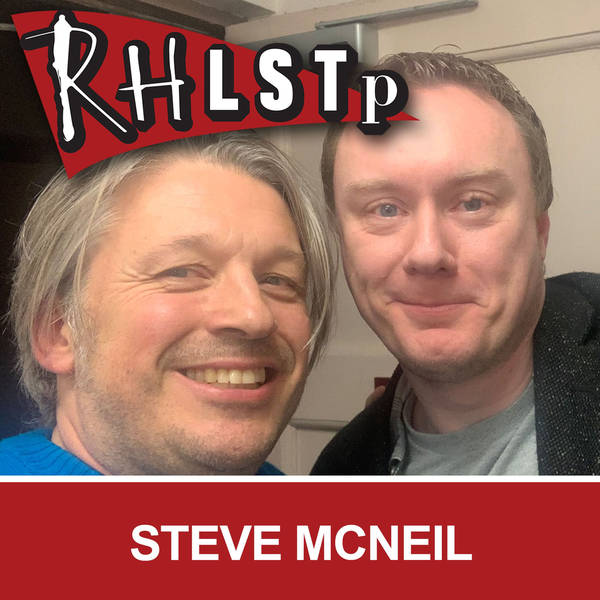 #272 The Pale Pirate - Richard is still in Northampton and reveals how an appearance on RHLSTP can get you on to the front page of a national newspaper. His guest is a man who refused to have cosmetic surgery to get on TV, Steve McNeil.

They discuss his nerd-fascinating book, Hey Listen - the history of video games and some of the surprising stages in the evolution of pinball and Pacman, the compromises required to get Go 8 Bit on to the telly, the genius of Goblin King Rob Sedgebeer, getting married at Bletchley Park, what the Hell Twitch is all about and whether it’s a good idea to rescue Jesus. Plus a ghost story that will surely impress the lazy journalists at the Star.