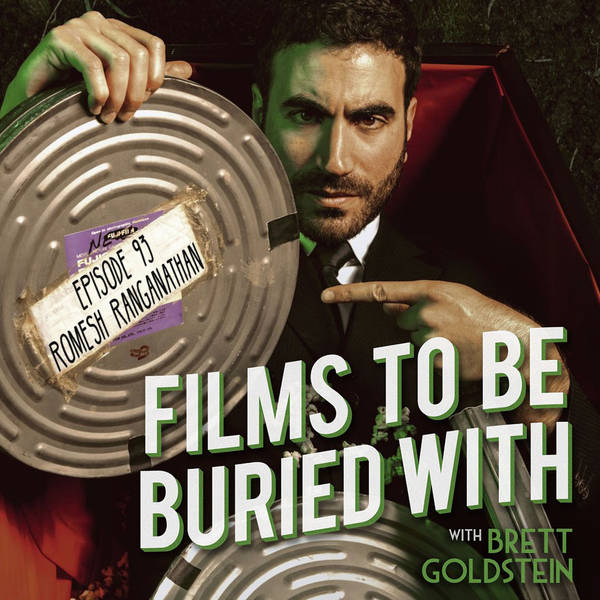 Romesh Ranganathan • Films To Be Buried With with Brett Goldstein #93

LOOK OUT! It’s only Films To Be Buried With! Join your host Brett Goldstein as he talks life, death, love and the universe with national treasure comedian, presenter and podcaster ROMESH RANGANATHAN!

The memories of an actual face to face encounter now seem so old and faded, it’s hard to even consider such an event. Let alone a live show. Can you even imagine? Well, with things as they are still, Brett has brought the podcast vehicle to your door with facemask and gloved hands once again, with guest in tow, the excellent multi-threat comic Romesh over the internet! Proper good times to be had, conversationally roaming freely with reckless abandon that brings to mind those halcyon days of a couple of months ago, including being a national treasure (Romesh won’t have any of it), his Mum being a breakaway star, the thrill of trying to master stuff (especially in lockdown times), working with the family in the picture and what mayhem or paradise that brings, packing for the afterlife, knockoff Care Bears and a HECK ton more. Such a good one, you’ll thoroughly enjoy. Be excellent to each other folks - shouts and love to you all X

ROMESH on THE INTERNET!

THE MISADVENTURES OF ROMESH RANGANATHAN!