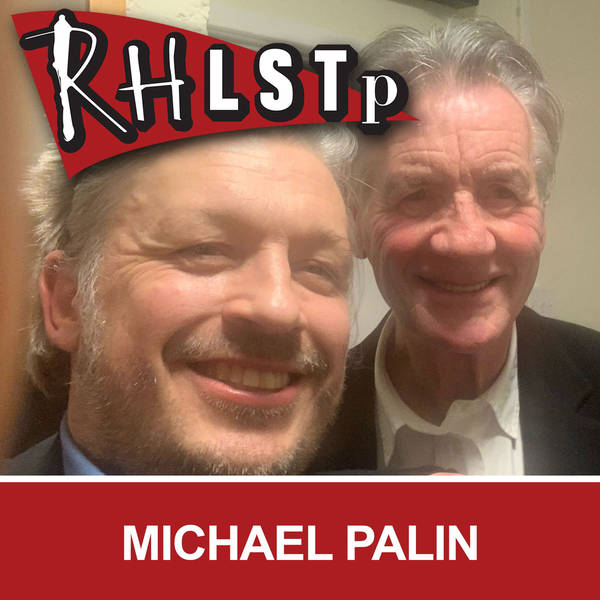 #275 You’ve Got Mail - We’ve been recommissioned again for an amazing 19th series and Richard is exhausted from his final attempt to let the world know when International Men’s Day is and what are you talking about? He always wears a suit. There’s nothing unusual going on. His guest is just some guy from some old sketch show and the first Knight (that says Ni) on the podcast, Sir Michael Palin.

Obviously Rich is in awe and on his best behaviour, but that won’t stop him bringing up one of Michael’s rare career disappointments and nearly derailing everything. But Michael is everything you’d hope for and you can find out what he got paid for his script being used in Sliding Doors, how the Fish Dance went down in North Korea, how Life of Brian might have been Python at its height, the perils of being a mud eater, how Mrs Palin ended up on Saturday Night Live, why Terry Jones was the heart of Python and how this remarkable friendship between writing partners was maintained right to the end. Plus the best impression of Cicero that you’re likely to hear. Will Richard end up in the diary and what terrible things will be said about him…? We will have to wait.

Monthly badgers - your backstage interview includes Michael ad-libbing a brand new scene for Life of Brian which I would say is worth your monthly subscription to the end of time. So sign up to see this - we don’t get many emergency questions on stage, but he did a few in the dressing room. http://gofasterstripe.com/badges