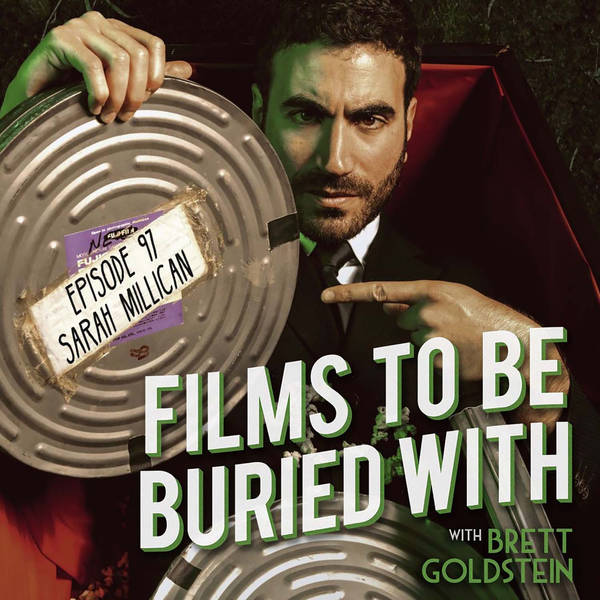 Sarah Millican • Films To Be Buried With with Brett Goldstein #97

LOOK OUT! It’s only Films To Be Buried With! Join your host Brett Goldstein as he talks life, death, love and the universe with the absolutely wonderful comic and television hero SARAH MILLICAN!

A proper giddy thrill in this time of extended oddness, which will revive your senses and bring a grin to your face, and your ears. Your ears will grin. She and Brett get down to business on everything, including those unfortunately all too familiar canceled plans, tricks with applause, joke dynamics with her partner, post-tour stress migraines, anaesthetic vs afterlife, sleeping through subplots, PANIC CUT!, cinema gorillas, Tom Hanks, walking out of plays and out and out humping. This has it ALL. Please to enjoy, SARAH MILLICAN!

SARAH on THE INTERNET!