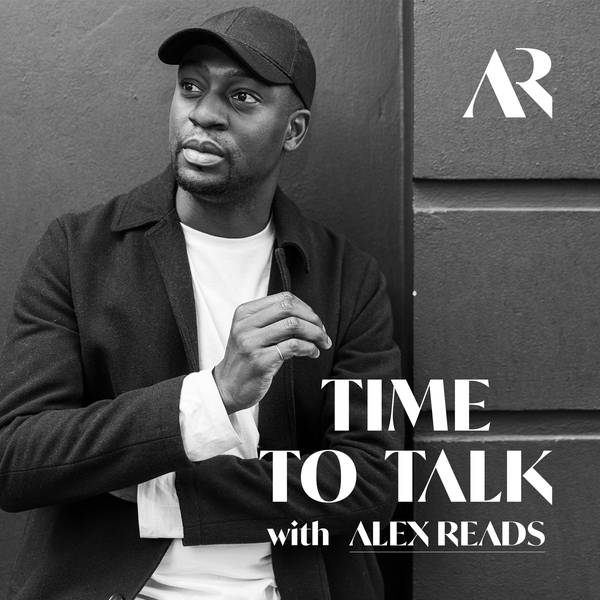 Time To Talk With Alex Reads

Welcome to a new episode of Time To Talk with Alex Reads. I am your host Alex Reads, and I am bringing you mental health and emotional wellbeing content that I hope will be of some benefit to you, so I am glad to have you here with me!

This week is Mental Health Awareness Week, and the theme this year is KINDNESS. I will be posting content throughout the week to support this, as I think we can always use a little room to be kinder in our lives.

In a three-part series, I have teamed up with Samaritans, Network Rail and Office of Rail and Road to bring to you some conversations about mental health in the context of suicide prevention on the Nation’s railways.

I am speaking to key players from mental health charity Samaritans, Network Rail and Office of Rail and Road in these first series of episodes to talk about their joint efforts with the Samaritan’s campaign ‘Small Talk Saves Lives’, a campaign.

Small Talk Saves Lives is a campaign to empower the public to act to prevent suicide on the railways and other settings. Suicide is preventable and suicidal thoughts are often temporary and can be interrupted. Samaritans want to give as many people as possible the skills to notice if someone might be at risk and give them the confidence to approach them. A simple question or observation can be all it takes to interrupt suicidal thoughts and start the journey to recovery. Throughout this campaign, Samaritans is reminding people that they already know how to start a conversation, giving them the confidence to act.

Research carried out jointly for Samaritans and the rail industry by the Universities of Middlesex and Westminster indicated that a ‘bystander’ campaign could be valuable as the public has a role to play in suicide prevention on the railways.

And so, the partnership with British Transport Police, Network Rail and the wider rail industry to develop the campaign has been beneficial. They train thousands of rail staff in suicide prevention every year. Many of them go on to make an intervention and save a life. We encourage staff to notice if someone may be at risk and then start a conversation by asking a simple question, so making small talk.

We have also consulted individuals who have experienced suicidal thoughts, those who have lost loved ones to suicide, people who regularly travel by train, and the general public. We wanted to make sure we considered a range of experiences when developing the campaign.

An example of the importance of our campaign is Sarah's story. A stranger on a train platform helped stop Sarah from taking her own life. With Sarah's permission, we used her story to develop the first phase of the campaign and show others how small talk saved her life.

Ian is the chief inspector of railways and director, railway safety at the Office of Rail and Road.

Drop me an email: tttalkpod@gmail.com