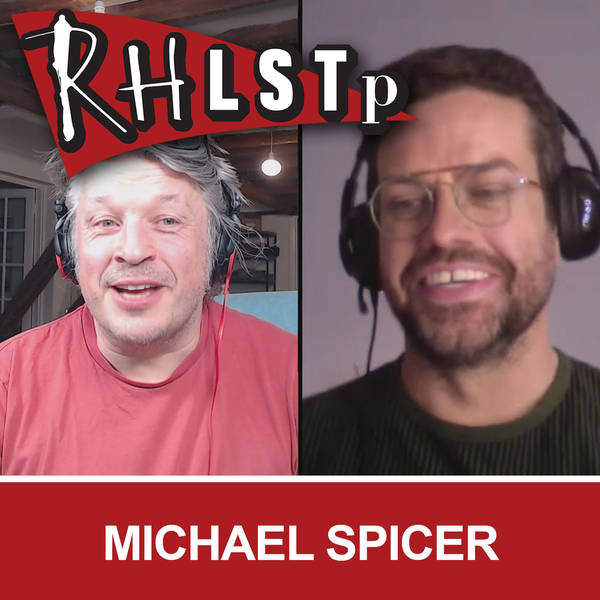 #278 Paternal Sunflower Plagiarist - It’s another lockdown RHLSTP and Rich is talking to the star of internet phenomenon The Room Next Door, Michael Spicer. They chat about starring together in a film where Rich played a man who uses prostitutes (as usual), the difficulties of making the Mash Report in lockdown, becoming an overnight sensation after almost two decades, appearing on the James Corden show and copying Chris Morris. Rich drinks four shots of whisky which encourages him to be rude about Michael’s dad. Which is fun for everyone except maybe Michael.

We’re doing these LIVE every Wednesday at 8pm during lockdown on http://twitch.tv/rkherring and there’s loads of other stuff on there too. It’s free (though subscribe if you wish - it’s free if you’re with Amazon Prime. Here’s how to do it https://www.youtube.com/watch?v=YVji_FONrxo)