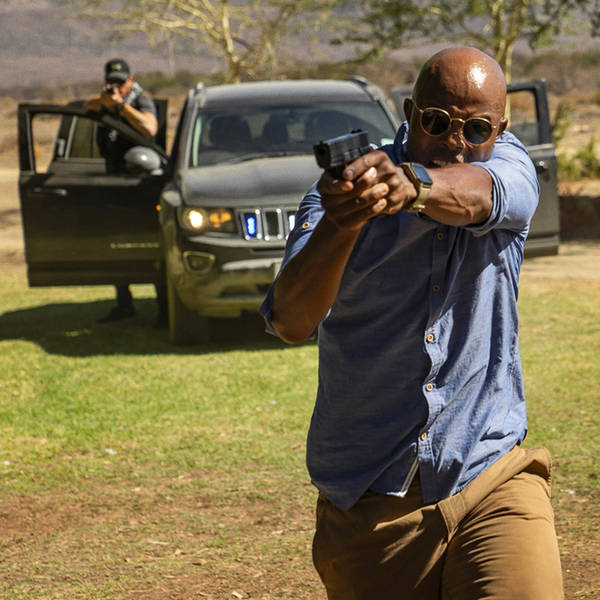 306: Should You Hide From Trackers?

Stephanie Early Green returns to talk about Trackers, the 2019 South African "thriller" that Cinemax has imported. Unfortunately, the only place it led the EHG panel was Dullsville, despite big game, gun battles, and the apparent love child of Christian Bale and Randall Batinkoff...but we did talk about the "COVID programming trough" that's rapidly approaching for all TV fans. Later, we went Around The Dial with Love Life, Married At First Sight Australia, Please Like Me, 13 Reasons Why's final season, and Disney Gallery Colon The Mandalorian; then we wondered what themed episode titles would look like for series that don't already have them in David Ellis Dickerson's Extra Credit. Did Crazy Ex-Girlfriend sing successfully for its Canon supper? Who's smashing the Iron Throne on HBOMax, and what police (shows) got defunded? And who was attuned to Sad Hulk's rewrites of legendary TV theme songs during Game Time? Stare into the middle distance as you listen to an all-new Extra Hot Great.

Support the Minneapolis Sanctuary HotelSupport the Homeless Black Trans Women FundEnter #ProgramEHG on Instagram or TwitterTara on the Homemaking Amys at PrimetimerStephanie Green's story, "Fourteen Meals," for The New Ohio ReviewSupport the Ottawa Food Bank with Raised By Wolves's cookbook, Braised By WolvesThe Blotter PresentsSign up to be a contestant on season 1 of The Great American Pop Culture Quiz ShowPhoto: Nick Strasberg / Cinemax

The EHG gang have been recording this podcast for almost a decade now. In podcasting terms, that makes us positively Methuselahian. Since the start of EHG, our listeners have asked if we had a tip jar...