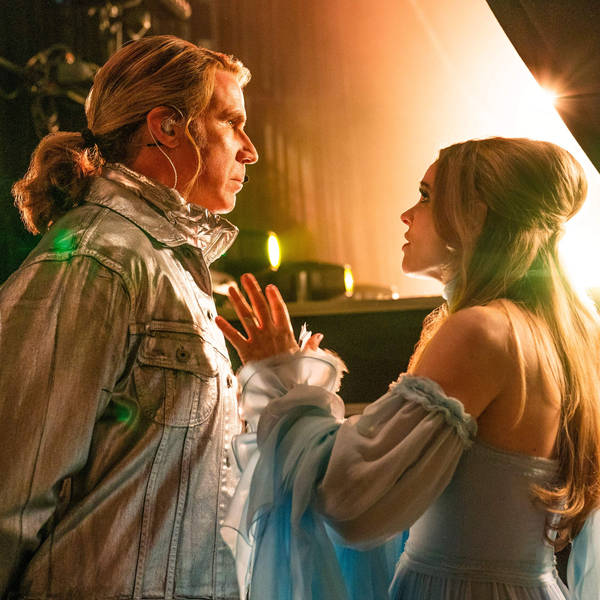 309: Holding Up Our Lighters for Eurovision Song Contest: The Story Of Fire Saga

Production Note: The intro clip was cut off in the original upload. It has been corrected and replaced.

Rachel McAdams and Will Ferrell play enthusiastic but perhaps slightly self-deluded aspiring Icelandic pop stars in Netflix's new film Eurovision Song Contest: The Story Of Fire Saga, so who better than Eurovision devotee Mark Blankenship to join us to talk about it? Around The Dial takes us to Search Party, Hot Mess House, Penny Dreadful: City Of Angels, Unsolved Mysteries, and Outcry. Dave Lost Wages uses his Extra Credit to have us add a family member to a stale TV family. Mark presents the Dinosaurs series finale, "Changing Nature," for induction to The Canon. Then, after naming the week's Winner and Loser, it's a Game Time that really Sporcles. Climb into your aerial harness and join us!

The EHG gang have been recording this podcast for almost a decade now. In podcasting terms, that makes us positively Methuselahian. Since the start of EHG, our listeners have asked if we had a tip jar or donation system and we'd look at each other and say surely that is a joke, people don't pay other people to do podcasts. We'd email them back "Ha ha ha, good one, Chet" and go about our business. Now we are told this is a real thing that real nice people do. Value for value? In today's topsy turvy world? It's madness but that good kind of madness, like when you wake up a 3:15am and clean your house. Or something. In all seriousness, we are...