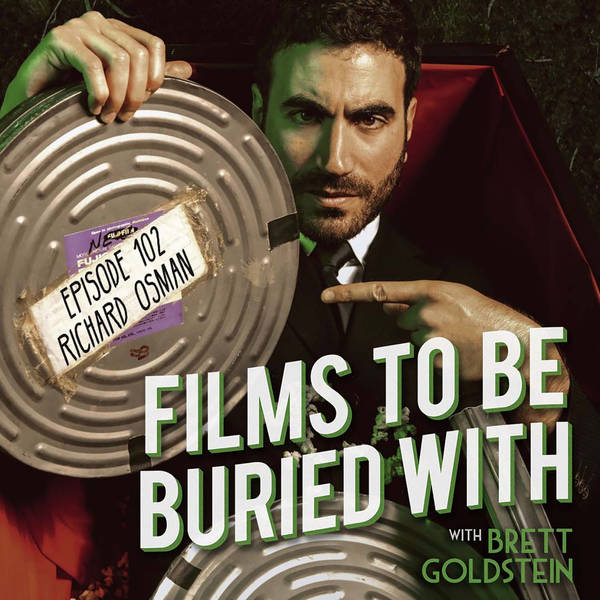 Richard Osman • Films To Be Buried With with Brett Goldstein #102

LOOK OUT! It’s only Films To Be Buried With! Join your host Brett Goldstein as he talks life, death, love and the universe with the excellent presenter, writer and comic RICHARD OSMAN!

A great one again this week, all conjured via the magic of zoom, as Brett chats to yet another national treasure about all things mortal, existential and cinematic. We catch Richard in the midst of writing a new book, but go back into the past which involves his days dropping antacids (zero indigestion here), being defenceless against father-son moments in film, catching blockbusters upon release, being emotionally available, a ‘surprise Neason’ (I wrote that note but forgot why so I’m as intrigued as you are, dear listener), hot takes and fun with tropes. A goody for sure - please enjoy!

* Buddy Peace production note: me again… just a brief one to mention, Richard’s line wasn’t the best quality. Somewhere in the connection things dropped and this was the resulting version Brett was left with. If you let your ears adjust you won’t have a hard time, but I just wanted to let you know ahead of time. Thanks kindly!

RICHARD in THE GUARDIAN!