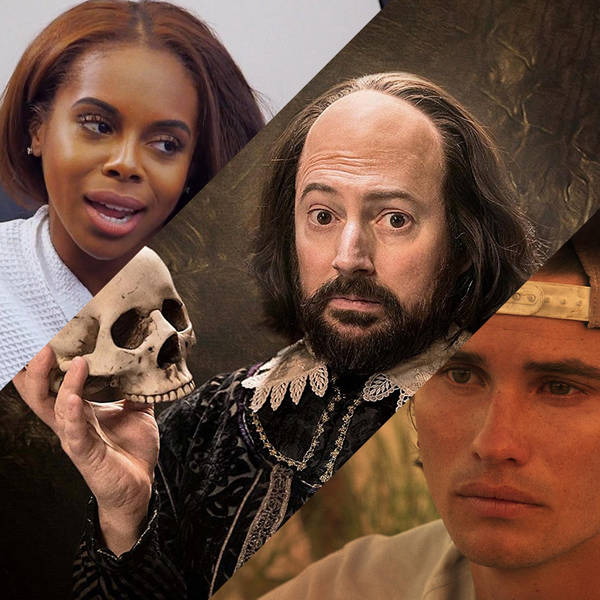 310: The Real Upstart Crowives Of The Outer Banks

Esteemed recent guests Stephanie Green, Dan Cassino, and Richard Lawson each picked out an episode for your three panelists to watch for Episode 310's Forcening. First into the breach was David T. Cole, ordered by Stephanie to watch a fourth-season Real Housewives Of Potomac episode involving purse-smacking, (alleged) sausage-sucking, and how long after the stated start time one should arrive at a party -- and we also discussed the underwhelming interior-design narratives of so-called rich people. Next up was Buntsy's foray into Dan's "what if Shakespeare, but a laugh-tracked sitcom" mission for her, Upstart Crow's episode on the writing of Hamlet and the (convenient?) murder of Christopher Marlowe. Was her admiration for the propmaster's novelty-Tudor-London-keychain work enough to win her over, or is the show for those Columbia professors who always got to the art-house movie late and spent the whole time laughing performatively at the jokes? Lastly, Richard told Tara to dive into Outer Banks and its punchable-face-of-voice-over protagonist. Is a shipwreck mystery the right plot for a teen show? And does that matter if all the "teens" look 28? Grab a butter knife and cut into an all-new Extra Hot Great.