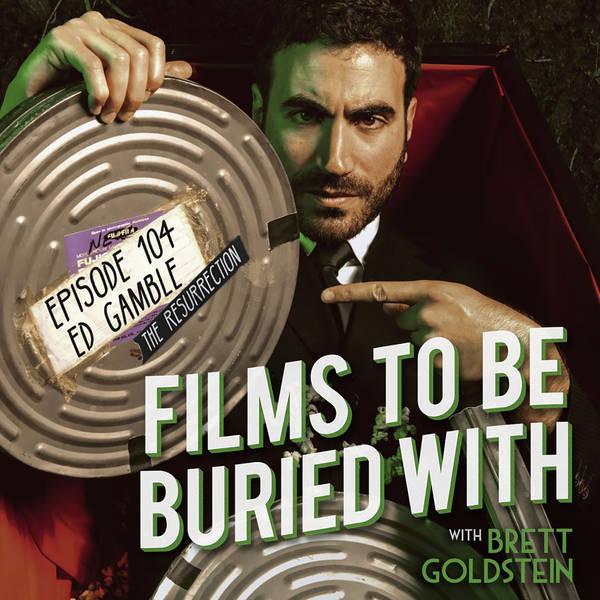 LOOK OUT! It’s only Films To Be Buried With! Join your host Brett Goldstein as he talks life, death, love and the universe with ED GAMBLE - now I know what you’re all thinking, didn’t Ed die in an earlier episode yadda yadda yadda but HOLD ON… Explanations are needed.

It’s actually simple. Brett can resurrect previously dead guests, see. And that explains that! So here he is, loud and proud and hilarious as ever - Schmed Brambles himself! And yes he does address the whole name thing, don’t worry. Join he and Brett as they go even deeper into films and this whole life biz, with some good podcast talk about all things genies and metal, their nostalgia for London commuter rage, their nostalgia also for lockdown and what they miss from it, hipster Disney and SO much more… So join in and witness a live resurrection, you gotta see it it’s WILD. ENJOY!

ED on THE INTERNET