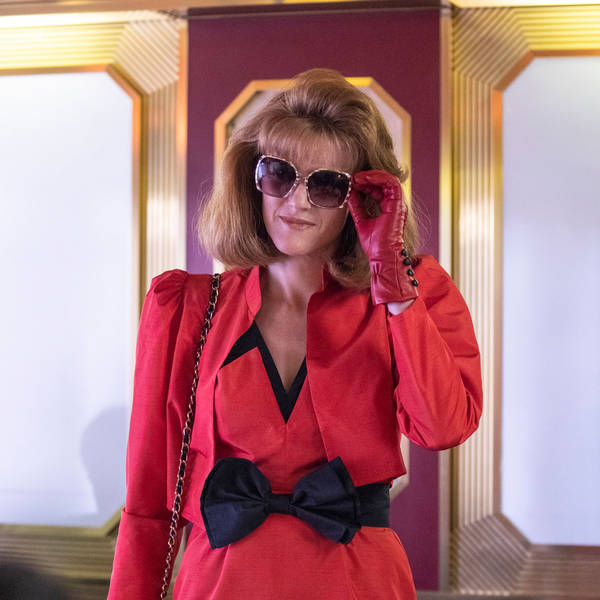 ﻿The latest British Commonwealth addition to HBOMax's library is the BAFTA-nominated Frayed, and Christina Tucker joins us to discuss whether its riches-to-rags protagonist is as compelling as the world its star-creator, Sarah Kendall, has built around her. Around The Dial takes us through Immigration Nation, Coroner, Desert Hearts (now streaming on Showtime!), the Happy Endings Zoom reunion, and a brief re-plug for Taskmaster now that it's come over to The CW. Francoise uses her Extra Credit to ask us about TV series that revolve around the wrong protagonist, and who would have been the right one. Tara presents the Feudepisode "And The Winner Is... (The Oscars Of 1963)" for induction into the Canon. Then after naming the week's Winner and Loser, we kick off a new Game Time season with a game that takes us deep into the history of various stars' TV careers. Pour yourself a glass of Moet (how you pronounce it is no concern of ours) and listen!

The EHG gang have been recording this podcast for almost a decade now. In podcasting terms, that makes us positively Methuselahian. Since the start of EHG, our listeners have asked if we had a tip jar or donation system and we'd look at each other and say surely that is a joke...