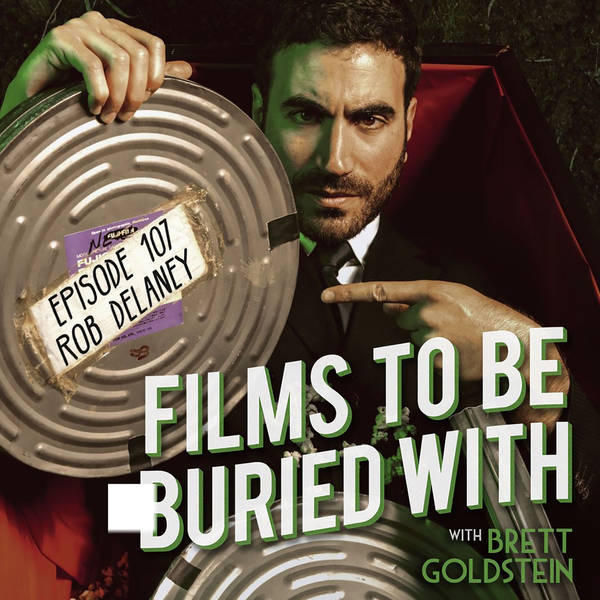 Rob Delaney • Films To Be Buried With with Brett Goldstein #107

LOOK OUT! It’s only Films To Be Buried With! Join your host Brett Goldstein as he talks life, death, love and the universe with actor, comedian and writer ROB DELANEY!

Pure goodness all round in this lovely bubbly get together, with Rob taking to the format and theme with effortless finesse. You know the deal by now, folks - a healthy dose of real life, humour of all the shades on the spectrum and ruminations, thoughts and theories on all that entails… Lockdown, growing into acting roles, his perspective on death with some very personal dealings over the past couple of years, horror as therapy, musicals, Deadpool 2, and all round delightful movie-based fun. People of podcasting persuasion - get to know (better) Rob Delaney!

His special JACKIE on AMAZON!