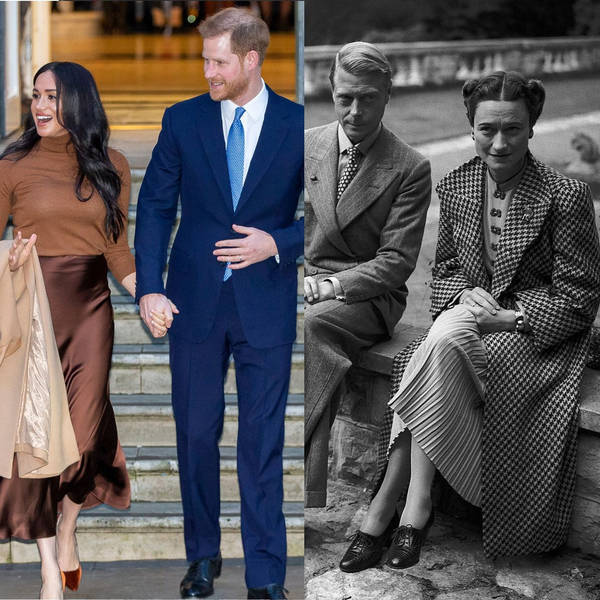 The Crown In Crisis - then and now

Edward VIII's abdication so he could marry Wallis Simpson caused turmoil - and continues to fascinate more than 80 years on.
Prince Harry marrying glamorous American divorcee Meghan Markle had already drawn comparisons, even before they stood back from their roles as senior royals.
Historian Alexander Larman, author of a new book about the abdication, joins Pod Save The Queen host Ann Gripper to discuss how the abdication crisis unfolded and its longterm impact on the protagonists and the country.
They also reflect on the echoes in the Duke and Duchess of Sussex's departure - and where there are some major differences.