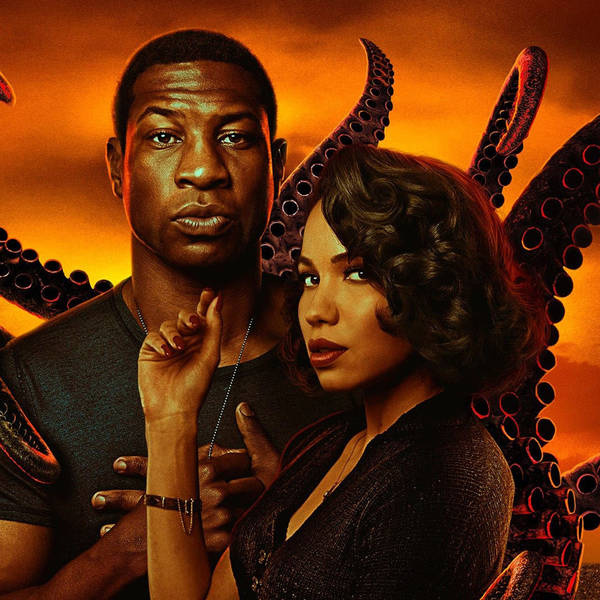 316: Booking A Trip To Lovecraft Country

TV Guide senior editor Malcolm Venable is here to talk about Lovecraft Country, HBO's series imagining of Matt Ruff's novel -- and why everything from the show's look and feel to the acting to Jonathan Majors's believable charisma drew us in. Then we drove our woody wagon Around The Dial with stops at Ted Lasso, Little Voice, and The Great Heist before Rebecca's Extra Credit tasked us with casting reality-competition shows with our favorite TV characters. Sarah then filed a Canon motion on behalf of a latter-season Law & Order Mothership episode. The British Empire won, the DC Universe lost, and we mashed up actor names and fictional reboots in Game Time. Grab a wooden bat and an illustrated map: it's an all-new Extra Hot Great.

The EHG gang have been recording this podcast for almost a decade now. In podcasting terms, that makes us positively Methuselahian. Since the start of EHG, our listeners have asked if we had a tip jar or donation system and we'd look at each other and say surely that is a joke, people don't pay other people to do podcasts. We'd email them back "Ha ha ha, good one, Chet" and go about our business. Now we are told this is a real thing that real nice people do. Value for value? In today's topsy turvy world? It's madness but that good kind of madness, like when you wake up at 3:15am and clean your house. Or something. In all...